Our Objective: To build the first listed global consolidator in
the investment-grade classic motorcar and motorcycle sector.

Tertre Rouge Assets PLC (“TRA” or the “Company”) has been established as a special purpose acquisition company (“SPAC”), and its shares are admitted to the Official List by way of a Standard Listing on the main market of the London Stock Exchange (“LSE”).

The Company intends to utilise the substantial experience of its management team, and their network and relationships to acquire investment-grade collectible motorcars and motorcycles in a consolidated asset portfolio that presents significant upside as an alternative investment asset class.

TRA is a specialist classic motorcar and motorcycle business investing into assets that can deliver returns in excess of 15% per annum. It will achieve this through opportunistically sourcing the rarest and most desirable classic motorcars and motorcycles internationally, holding them for a period of 5-7 years, and then selling them at a profit.

Focus will be on acquiring the best and rarest of all: either in absolutely original, unmolested, “time capsule” condition, or immaculately restored to an ‘as-new’ condition, as it was when it left the factory or race shop, by world renown marque specialists. The Board has assembled an expert group of five advisors, each unequivocally one of the most authoritative experts in their field in the world.

Through their combined experience, the TRA management team will utilise its collective network to locate and acquire the world’s most collectible motorcars and motorcycles, to later sell into the most profitable market. 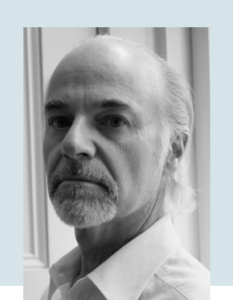 In 2001, Steven co-founded the successful international cosmetics brand BECCA Cosmetics (“BECCA”). He initiated and managed the partial sale of BECCA to Luxury Brand Partners in 2012, which led to the subsequent sale of BECCA to Estée Lauder in 2016 for c.US$230m.

In 2017, Steven joined Capital D, a London-based private equity company, as an Operating Partner, co-investing with them into Berlin-based start-up Invincible Brands (“IB”). IB is a fast-growing incubator focussing on influencer marketing, with annual sales of approx. €120m, and recently sold 3 of its 5 brands to Henkel for €400m enterprise value. Steven serves as a non-executive director on the Board of IB as well as on the Board of the Henkel/IB acquisition .

Steven is Chairman of Simris Alg, a Nasdaq-listed Swedish biotech. He is a non-executive director at Wild Nutrition, a best-in-class British natural supplements company, and Wellfully, an ASX-listed wellness tech firm with roots in transdermal drug delivery.

Steven has had an avid interest in classic motorcars and motorcycles since his teens and has more recently invested into this alternative asset class to diversify his family office portfolio. 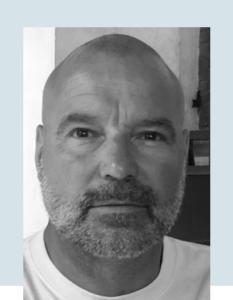 In 1986, André founded Special Security Services in Bonn, Germany. The company focused on the global entertainment and touring space, managing artist protection and event security to clients including Madonna, The Rolling Stones, Michael Jackson, Bruce Springsteen, David Bowie and Queen. Today, it remains one of the leading players in its industry globally.

In 2003, a separate entity, based in the USA, was established to specialize in complex executive protection assignments, commercial counter-espionage, as well as security advisory services for celebrities, high-net worth individuals and various European and US Corporations including Nokia, Siemens, PayPal, Apple and others. Today, the Group operates internationally with offices in Cologne, Miami and Monte Carlo; it employs a team of 134 staff as well as 480 contractors worldwide. André serves as the non-executive chairman.

In 1991, André was spotted by Mercedes-Benz Motorsport during a security driver-training course. Following further testing at Hockenheim and the Nürburgring, he was recruited to Porsche GT racing in 1992. After driving for 3 years in the Porsche Carrera Cup, Porsche Supercup and endurance races internationally, André signed with Larbre Compétition, a French works-supported Porsche Team competing in the FIA GT Championship. Here he had several successes, including a podium victory at the 24H Le Mans (3rd in class in 1997), and Daytona USA 24H (1997 and 1999 GT Champion), 1998 3rd overall in a Brumos Porsche GT1. He retired from his pro-career in 2002.

André has always had a soft spot for classic motorcars and motorcycles. In 1993, he acquired a 1963 Ferrari 250 GT Lusso; followed by a 1961 Ferrari 250 GT SWB. A Ford GT40 and his first Shelby Cobra 427 soon followed, and in 2003 the first of many classic motorcycles joined his collection. Today, André’s collection includes 5 original AC/Shelby 289 and 427 street and competition Cobras, as well as 32 motorcycles; mainly Italian brands including Ducati and MV Agusta, but also an iconic collection of classic motocross bikes from KTM, Husqvarna and Maico. 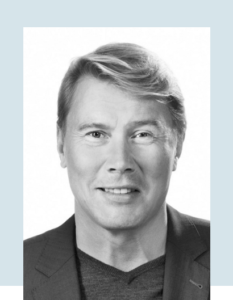 Mika Häkkinen, nicknamed the Flying Finn, is a Finnish former racing driver. He was the 1998 and 1999 Formula One World Champion, driving for McLaren. Mika is one of just three Formula One drivers from Finland to win the World Championship and is the only Finnish driver in history to win it on multiple occasions.

Starting in karting in Finland at the age of six, he quickly moved up to Formula Ford and then on to the English Euro Series, winning the Championship in 1987. After 3 years in Formula 3 with a Championship win in 1990, he took his first step into Formula1 with Lotus Judd. In 1993, he joined the top team in the series with McLaren Ford, alongside Ayrton Senna.

Mika became the first driver in the McLaren team, winning the Formula 1 World Championship with West McLaren Mercedes in 1998 and again in 1999. Together with his team colleague David Coulthard, Mercedes McLaren was once again the winner of the Constructors’ World Championship.

At the end of the 2001 season he retired from Formula 1. After participating in numerous rallies, in 2005 he signed with AMG-Mercedes for the DTM touring car championship until 2007.

Mika currently works in driver management and is a substantial investor in this asset class, owning an enviable collection of modern McLaren GT supercars. 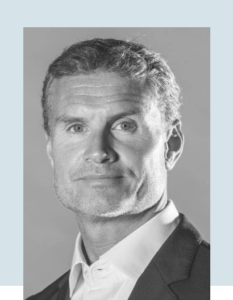 David Coulthard MBE is a British former racing driver from Scotland, later turned presenter, commentator and journalist. David competed in 15 seasons of Formula One between 1994 and 2008. He was runner-up in the 2001 championship, driving for McLaren.

Nicknamed ‘DC’, David enjoyed a long and spectacular career as a Formula One driver during which he drove for three of the most successful teams in the history of the sport – Williams, McLaren and Red Bull Racing. When he stopped racing in F1 at the end of 2008 he held the record for being the highest points scoring British Formula One driver of all time. David played a key role in helping McLaren to win the Formula One World Championships for Constructors in 1998.

A founding member of the Red Bull Racing team in 2005, David brought the team its ﬁrst podium ﬁnish in 2006 in Monaco, and was instrumental in developing it into a 4-times World Championship winning team between 2010-2013.

David Coulthard has established a successful second career as a world class broadcaster and commentator, initially with BBC Television and more recently at Channel 4, for which David’s production company Whisper Films produces the television coverage of Formula One in the UK. 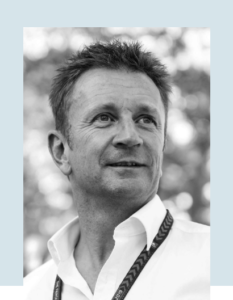 His career as a race driver began in 1981 in karting and took the Scotsman all the way to Formula One. Allan was actively racing for 32 years in total, having celebrated his major successes in sports prototypes with the Audi brand. They include two of his three victories in the famous 24 Hours of Le Mans, the FIA World Endurance Championship (WEC) title win and three titles in the American Le Mans Series (ALMS).

The Scotsman has also worked as a presenter and TV commentator for BBC, among others. After ending his active career, he became a brand ambassador of Audi and additionally hosted numerous events, press conferences and TV productions for the company.

In 2015, Allan became coordinator of all motorsport activities of the Audi Group. In this role, he was also in charge of preparing Audi’s factory commitment in the Formula E electric racing series before being appointed Team Principal of Audi Sport ABT Schaeffler Formula E team ahead of their official entry into the championship in 2017. 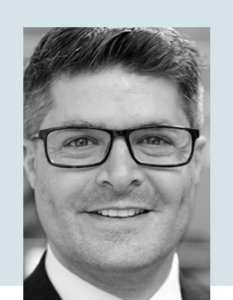 Simon is a Partner at Keystone Law, specialising in corporate finance, with expertise in capital markets and M&A. He is an experienced corporate transactional lawyer, regularly advising issuers in connection with IPOs and secondary capital raisings on both the Main Market and AIM.

Praised by clients as a ‘tour de force’ (Legal 500, 2019), Simon has a passion for advising entrepreneurs and growth companies, and believes this necessitates a hands-on, proactive and commercial approach. As a result, his counsel is regularly sought by owner-managed businesses, which he advises from the start-up phase through to exit.

This website uses cookies to improve your experience while you navigate through the website. Out of these, the cookies that are categorized as necessary are stored on your browser as they are essential for the working of basic functionalities of the website. We also use third-party cookies that help us analyze and understand how you use this website. These cookies will be stored in your browser only with your consent. You also have the option to opt-out of these cookies. But opting out of some of these cookies may affect your browsing experience.
Necessary Always Enabled
Necessary cookies are absolutely essential for the website to function properly. These cookies ensure basic functionalities and security features of the website, anonymously.
Functional
Functional cookies help to perform certain functionalities like sharing the content of the website on social media platforms, collect feedbacks, and other third-party features.
Performance
Performance cookies are used to understand and analyze the key performance indexes of the website which helps in delivering a better user experience for the visitors.
Analytics
Analytical cookies are used to understand how visitors interact with the website. These cookies help provide information on metrics the number of visitors, bounce rate, traffic source, etc.
Advertisement
Advertisement cookies are used to provide visitors with relevant ads and marketing campaigns. These cookies track visitors across websites and collect information to provide customized ads.
Others
Other uncategorized cookies are those that are being analyzed and have not been classified into a category as yet.
SAVE & ACCEPT